As part of the celebrations of the 30th anniversary of the classic 'Back to the Future', (not to mention the fact that the 'future' from 'Back To The Future Part II' is now) which include a new Blu-ray boxset, books and other merchandise, Pepsi have also joined up to release a limited edition collectible based on the 'Pepsi Perfect' product placement from the film.

In a smile inducing case of life imitating art, the Pepsi Cola company will release 6,500 bottles of 'Pepsi Perfect' in packaging that mimimcs its appearance in the film. With a limited supply, fans are advised to keep their eyes peeled when it launches on October 21 - the exact day that Marty and Doc went to the 2015 future in the film. 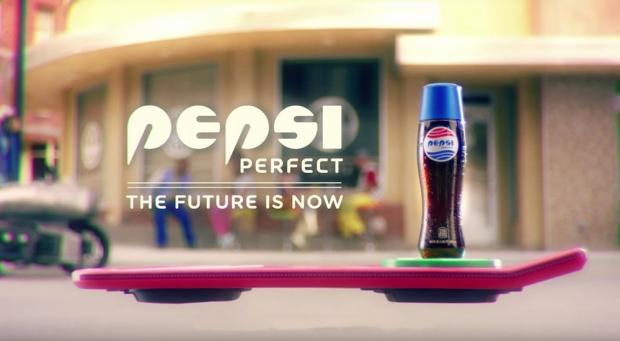