While Microsoft has the predominant lead on augmented reality (AR) with the HoloLens, the tech giant has also set its sights on VR with its very own low-cost makeshift design that directly counters Google Cardboard. 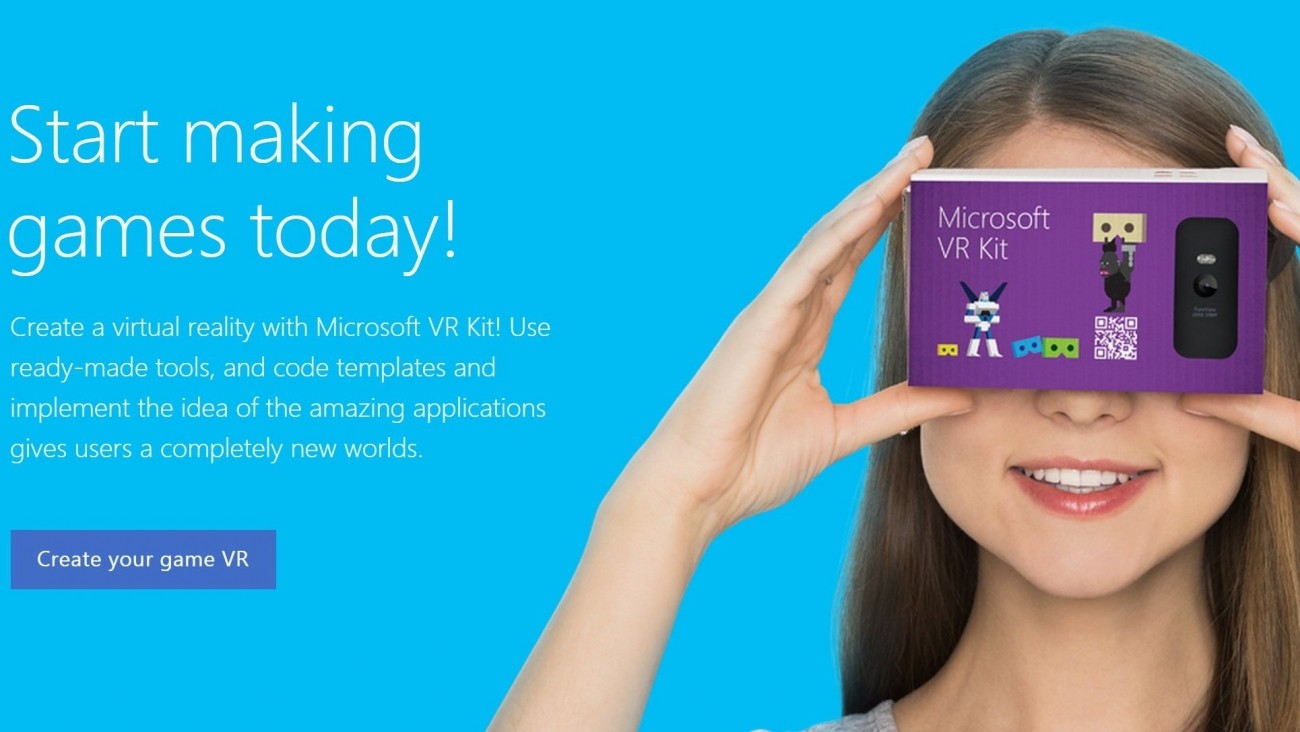 The VR Kit is Microsoft's own version of Google Cardboard and is powered by Lumia Windows Phones. Users simply slide their Lumia smartphones into the colored box and hold the rig up to their eyes to simulate VR. Thurrot.com spotted the news on a Russian website promoting a Microsoft-held contest that calls for devs to make their own games using the VR Kit.

At the time of publication, the foreign site took down the page most likely at the behest of Microsoft. Also, if you take a close look at the VR Kit's box you'll notice the camera isn't covered up, possibly signifying some sort of hybrid VR/AR interaction. The Russian site notes that the hackathon begins on October 17 so we might see some official news in the coming weeks, but at this point the cat is already out of the bag.