With today's release of the iPhone 6S, iFixit has just completed their thorough analysis of the phone's innards, completely exposing what makes the handheld tick. Their findings confirm and assess the entirety of the iPhone 6S' touted features and reveal some key changes in the new model, including a smaller capacity battery, a heavier display, and a new, bigger SoC with the A9 chip. 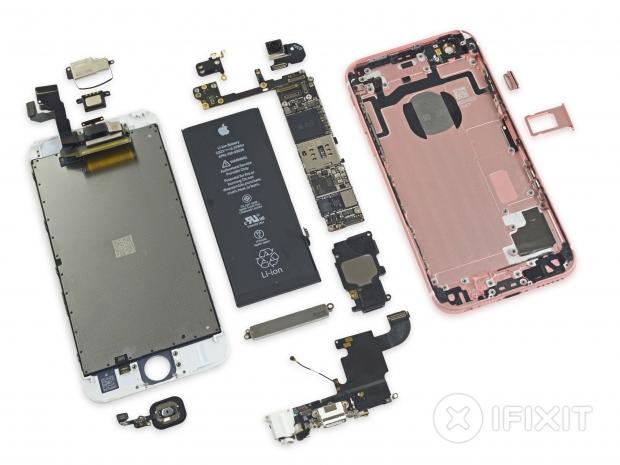 One of the first obvious changes in the iPhone 6S teardown was the smaller battery, which is now 1715 mAh compared to the beefier 1810 mAh that powers last year's iPhone 6. Even with this reduction Apple has affirmed the battery life will remain the same. It appears the battery size was cut down a bit to make room for the phone's Tactic Engine, which is fastened below the battery.

In order to maintain the new pressure-sensitive 3D Touch capability, the iPhone 6S has received a boost in capacitive sensors making the display weigh in at 60 grams total. That's 15 grams over the iPhone 6's display, and the same weight as the iPhone 6 Plus' 5.5" display. Other changes in the new Retina HD display include a slight reduction in cables and LCD plate design, but all in all the 3D Touch display seems "pretty visually similar" to past displays.

Apple has also expanded the A9 chip which now clocks in at 14.5 x 15mm versus the A8's 13.5 x 14.5mm measurements. The growth is likely due to the A9's embedded M9 motion coprocessor. The 4K-ready 12MP iSight camera was confirmed and so was the onboard Qualcomm Cat. 6 modem which will deliver faster, more efficient LTE speeds. Apple has also said that the iPhone 6S home button is much more responsive, but iFixit couldn't find "any real evidence" of any chip that's responsible for the speed boost.

The iPhone 6S has maintained a repairability score of 7/10 due to its "easily accessible display, straightforward access to main components, and standard amounts of adhesive", but noted that battery and screen repairs will be harder thanks to the Touch ID cable being paired to the logic board.

For a closer look at the iPhone 6S main components, we have diagrams of the IC's on the logic board. 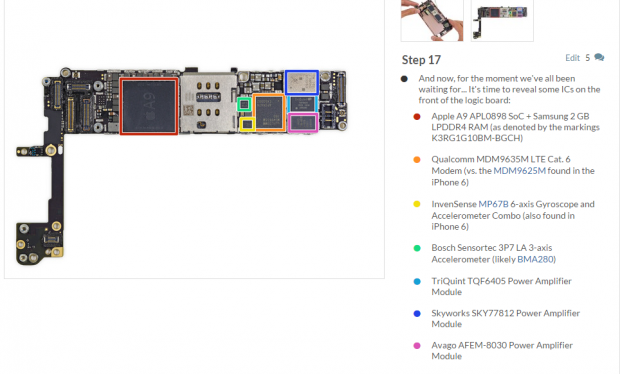 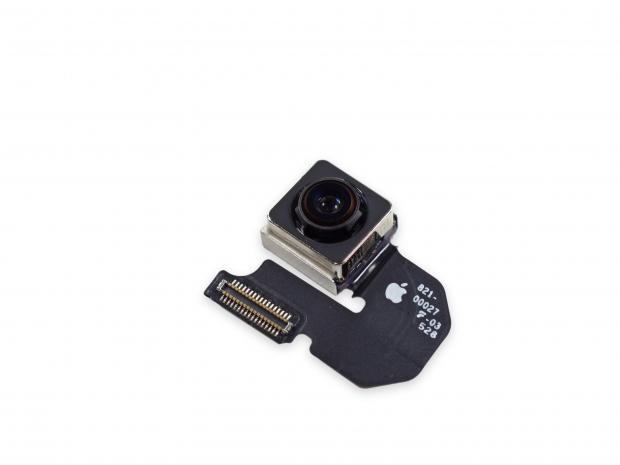 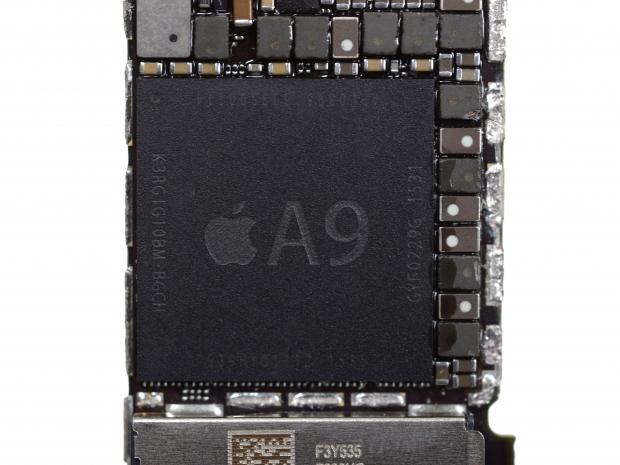