EA has just announced that the open beta for Star Wars: Battlefront will be held from October 8-12 across Xbox One, PlayStation 4 and PC (via Origin) with offline split-screen co-op included. 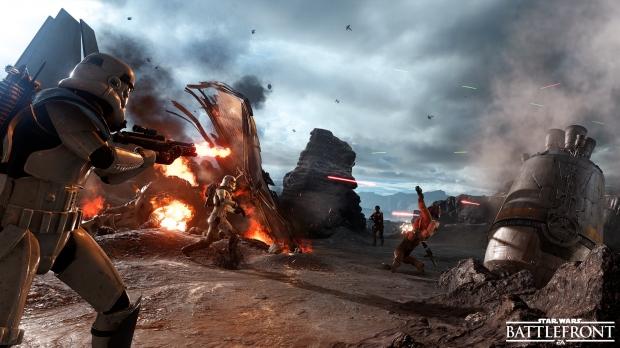 Players will only get four days to try the beta, which will offer three different gametypes across a trio of unique environments set in the cinematic universe, complete with Hero and Villain support with Luke Skywalker and Darth Vader. No details on the beta's matchmaking system have been uncovered so far, and we'll likely have to wait to find out concrete info. The beta will feature three modes including the following:

EA will also test out the Battlefront Companion experience during the beta, which adds a card-based mini-game that unlocks credits that can be used to buy content within the retail game. It looks like EA will launch the companion experience in a web browser format over at the official Star Wars Battlefront website instead of an app.

Star Wars: Battlefront is still on schedule to launch on November 17, 2015 across all platforms. EA has confirmed that the game won't have server browsers on PC, but DICE was quick to reveal that the Battlefront reboot will have dedicated servers rather than P2P.