During an interview with DualShockers, Marketing Product Manager for World Of Tanks Max Chuvalov said that World of Tanks on the PS4 will be running at 1080p 30FPS. 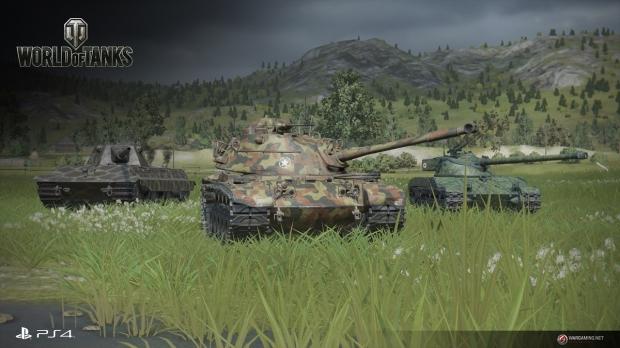 It was previously reported that World of Tanks would be running at 60FPS on Sony's console, but it will indeed be churning away at 30FPS. Interestingly, World of Tanks will be graphically "more sophisticated" than the PC version. The reason? The PC version has to scale on countless configurations, with 60% to 70% of the World of Tanks community on low, or mid-range PCs.

The PS4 version of World of Tanks will feature all of the HD maps, tanks and environments from the start, with weather conditions, night battles and dynamic effects. Chuvalov also noted that the PS4 version is "almost the same" as the Xbox One version.