The King's Fall raid for Destiny's new The Taken King expansion went live today, leading to millions of gamers racing to the finish line and trying to solve the six-man raid's complex puzzles. 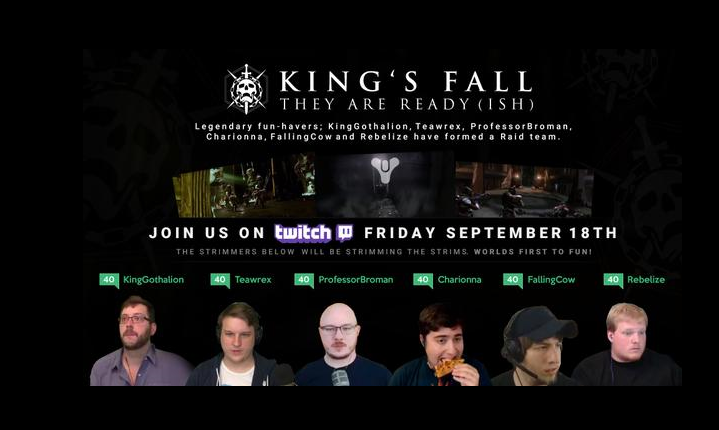 The King's Fall raid went live at 1PM, and after seven hours of flying blind, dying and hardcore patience, Bungie has confirmed that Oryx has been slain and revealed the six players who now hold the record as the raid's very first finishers. The gaming team called The Wobblers now hold the esteem, and streamed the entire seven-hour long session in one go.

Bungie will likely deliver a breakdown of the team's stats during the raid including deaths/kills and other metrics, so keep an eye out for that. Now that the King's Fall raid has been beaten and Oryx has been smote by the Light, there's no more secrets and gamers will start to push past the challenge themselves. Like every raid King's Fall will get its own Hard mode, and it'll be interesting to see how difficult it proves to be in the coming weeks.