Microsoft has released new details on the major changes that are coming to the Xbox One, starting with backward compatibility and planting the seeds for Windows 10 integration. 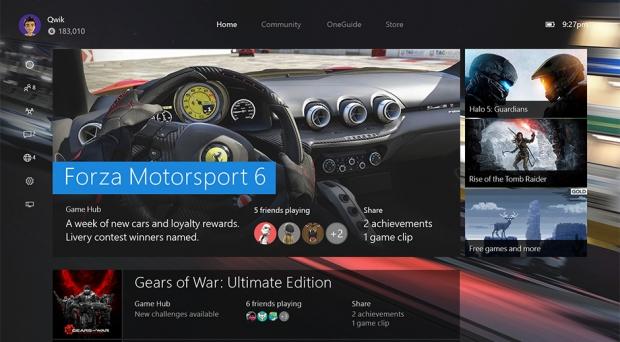 When the update launches in November it will unlock backward compatibility for approximately 100 Xbox 360 games, and Xbox exec Mike Ybarra affirms that support will expand with "hundreds more in the months to come". The Xbox One's awkward Kinect-centric tile UI will be overhauled as well, bringing a new dashboard and quick-launch scheme that's entirely focused on speed. The framework for full Windows 10 support will likely be laid out, leading to Windows 10 apps and Cortana support, but so far Microsoft has been vague on the details, saying that the UI is "powered by Windows 10" and that it "integrating the speed of Windows 10" to make loading times up to 50% faster.

There's speculation that Windows 10 could give the console access to "thousands of apps" that will bridge PC and Xbox One. But Xbox division head Phil Spencer has said in the past that gamers "won't see Excel on the Xbox One", and that Microsoft will implement Windows 10 apps "where they make the most sense".

Ybarra didn't reveal what Xbox 360 games will be available, but we're guessing that the most popular hits will be playable. Bear in mind that the Xbox One might not get 100% backward compatibility for all Xbox 360 titles, but the cream of the crop will likely see support.

Xbox One Preview Program members will get to test drive the major update ahead of its launch in November, starting with previe members "who have historically submitted the most feedback". The preview "will not roll out to everyone at the same time," says Ybarra.

The "New Xbox One Experience" update is set to launch for the public in November and may be available alongside key titles like Rise of the Tomb Raider, Fallout 4 and Call of Duty: Black Ops III.