Earlier today Apple confirmed the rumors that the new iPhone models would get an always-on Siri mode. 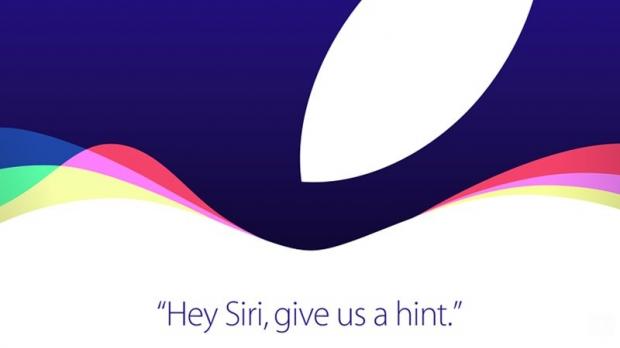 Apple's new iPhone 6S and 6S Plus will enable instant unrestricted access to the helpful AI assistant at a moment's notice. Previously Siri's wealth of knowledge and quirky persona was only usable when charging an iPhone as the AI was an enormous drain on power.

Now Apple has completely changed how we intreact with Siri. Gone are the days of pressing the home button to search the web for a particular recipe or find a flight. On the new phones, Siri is based on voice recognition and instantly responds to her namesake catchphrase "hey Siri", affording some serious potential for a million different hands-free applications. It might seem like a small change but an always-on hands-free Siri experience will undoubtedly change how many people use their phones--and what they use them for.

The tech giant also unveiled a huge new 12.9-inch iPad Pro tablet that features a new A9X chip for multi-tasking and is touted as providing "desktop-like performance". The iPad Pro will be availble in November starting at a whopping $799, whereas the iPhone 6S and 6S Plus models will be available later this month starting at $199 and $299 respectively.