ASUS has just unveiled its new Poseidon Platinum GTX 980 Ti, with the GM200-powered video card set to be one of the best GTX 980 Ti cards on the market. Check out the video below teasing the cooling technology deployed on the card.

The ASUS Poseidon Platinum GTX 980 Ti includes a factory overclock on the GM200 GPU, right up to 1228MHz. We still have the usual 6GB of GDDR5 onboard, but the cooling design is what sets this card apart from the rest. ASUS has used the 'DirectCU H2O' which is a hybrid cooler of sorts. It's similar to what ZOTAC has been doing with the GTX 980 Ti ArticStorm.

ASUS says that the Poseidon Platinum GTX 980 Ti should have 5C lower temperatures with the stock cooling, while up to 30C less temperatures when its under water cooling. The company has also used its new Auto Extreme manufacturing process, which is a mostly automated process now.

The ASUS Poseidon Platinum GTX 980 Ti will be available soon. 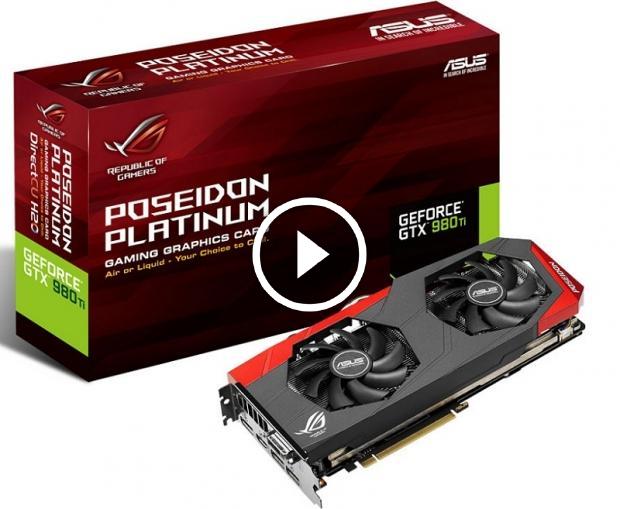