Making good on its promise earlier this year to roll out Cortana to Google Android and Apple iOS, Microsoft has started a beta run of Cortana for Android devices. 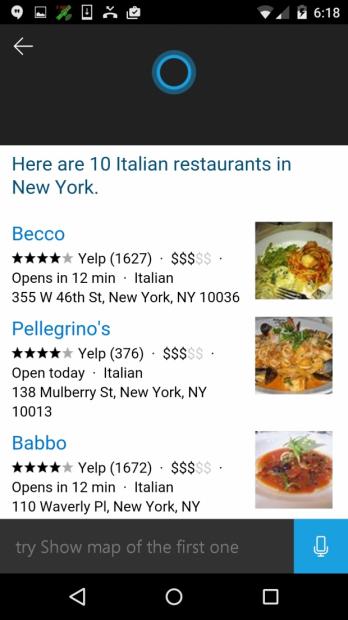 Not surprisingly, the Android version of Cortana doesn't offer full features available to Windows users, with some apps left out - and you can't say "Hey Cortana" to get instant access. Microsoft also limited this beta phase to consumers in the United States only, and hasn't detailed international rollout just yet.

It looks like Microsoft has plenty of beta users, as the signup page offers the following message: "Thanks for your interest in becoming a beta tester for Cortana. At this time, the beta program has enough testers and isn't accepting more users."

Microsoft is currently working on an iOS Cortana beta, but with Apple preventing third-party apps and services to replace Siri's functionality, it's unknown how robust Cortana can be.