IDF 2015 - Our man on the ground at IDF 15, Steve Bassiri, has grabbed some pictures of Corsair's DDR4 RAM overclocked to a huge 4GHz on Intel's new Skylake platform. 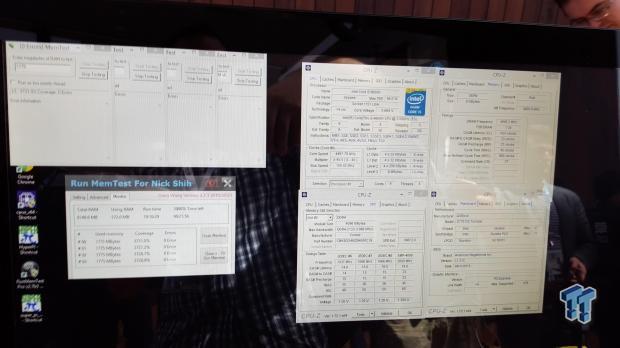 The system itself was powered by an Intel Core i5-6600K processor clocked at 4.5GHz, while the DDR4 RAM itself has stock clocks of 2133MHz. The huge overclock was achieved with the heat sinks that come on the Corsair RAM itself, and not some elaborate LN2-cooled system. The motherboard in question was the ASRock Z170 OC Formula, which is one of ASRock's flagship Z170-powered motherboards. 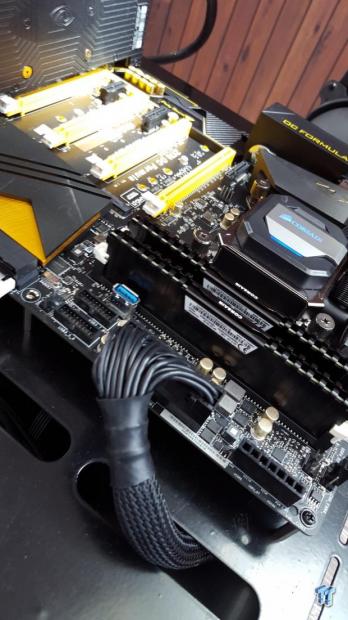 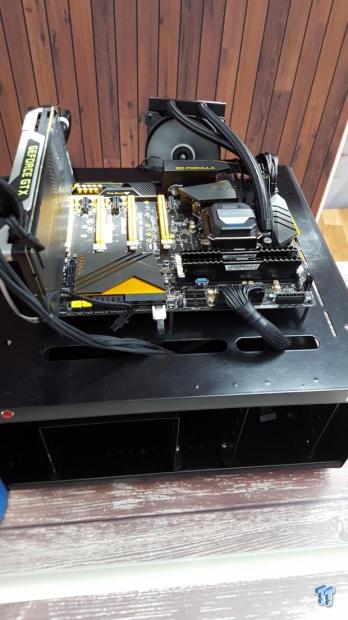