With the race being on for all RAM manufacturers to release the fastest clocked DDR4 memory to the public, one company leading the charge is G.SKILL with its TridentZ Series DDR4 8GB (4GBx2) kit which claimed to run at 4266 MHz. 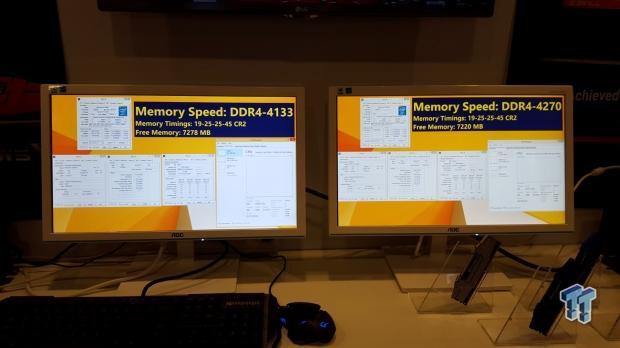 These claims have been put to the test at Intel's Developer Forum 2015 (IDF 2015), with G.SKILL proudly displaying these two Z170 Chipset based rigs, paired with "Skylake" Intel processors and an ASRock or ASUS motherboard.

If you're interested in the need for speed, keep reading TweakTown for consequent RAM brand releases - it's an ongoing process at this stage as manufacturers are trying to push DDR4 into the mainstream enthusiast market. 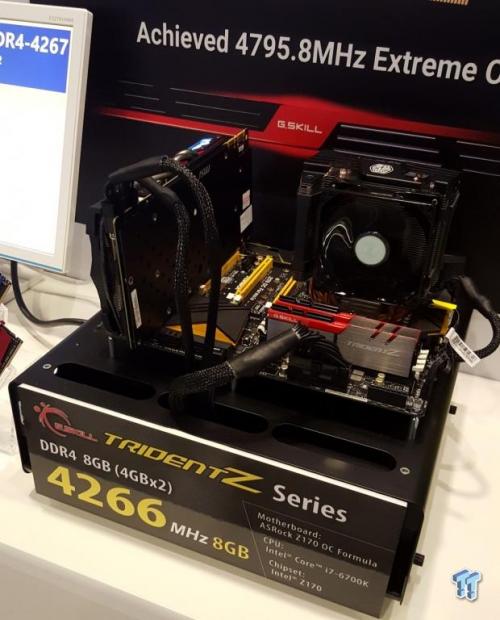 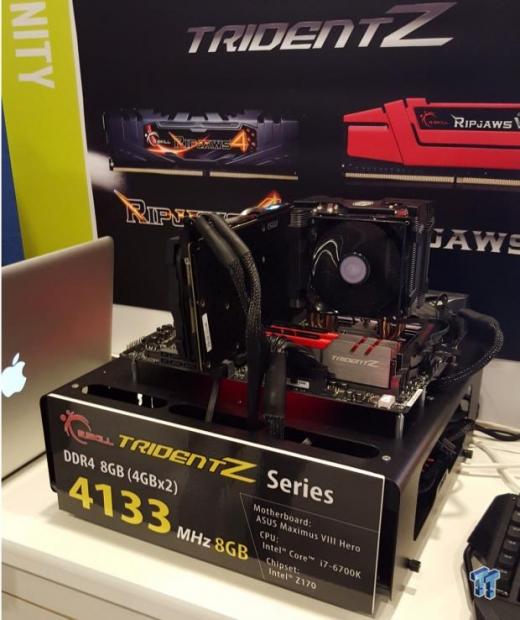