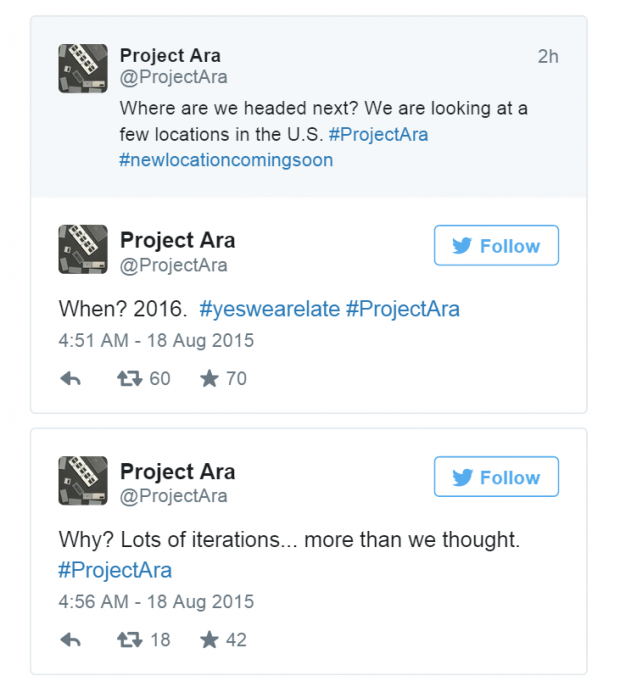 The reason? There were "lots of iterations" of Project Ara, "more than we thought" according to the team behind the modular smartphone. There were a few posts on the official Project Ara Twitter page, where they said "where are we headed next? We are looking at a few locations in the U.S.".