Although VR is largely regarded as the hot new tech for gaming, Microsoft's Hololens has huge potential to make AR a very real combatant against devices like the Oculus Rift. One of the key paths to doing so revolves around seamless multiplayer interaction through AR, and Microsoft has tapped its online juggernaut service Xbox LIVE to power these experiences. 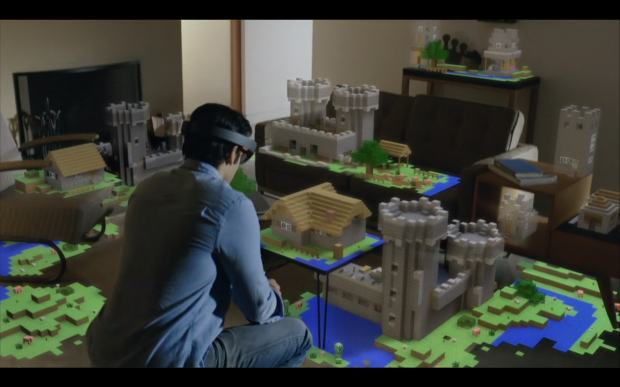 At Gamescom 2015 Microsoft Games Evangelist Jaime Rodriguez revealed that the Xbox LIVE API would be fully functional across every device in the Universal Windows Platform, which includes Windows Phones, Windows 10 PC's, Xbox One consoles and the new Hololens AR headset.

This effectively means that Xbox LIVE online multiplayer could eventually be available on the AR-ready Hololens. Imagine playing Minecraft with friends across the globe via holographic images overlayed across your home, hacking at projected trees and building titanic castles in the sky...I'm getting excited just thinking about it.

Sadly this reverie might not manifest any time soon, as Microsoft CEO Satya Nadella says that the Hololens is a "five-year journey" and that the headset will initially be used to fuel "development and enterprise scenarios" rather than whims of fancy. Plus the holographic AR device is still in its early stages, and the first wave of devkits will be released sometime this year, meaning gamers have some time yet before a final consumer release.