Modders have been quite busy crafting a slew of additions and expansions for GTA V's PC port, leading to some pretty amazing things like playing as Iron Man, wreaking havoc with the game's physics with the car cannon mod, or even adding incredibly realistic visuals with the Project Realism script. Now one modder has made Los Santos into a sandbox for a chaotic RPG adventure.

With GTA: RPG, a modder by the handle of Logic Spawn has injected more RPG mechanics into Rockstar's heist caper by adding "typical RPG features such as leveling, questing, non-linear dialogue, skills, looting and more". Vanilla GTA V already had a light RPG system, but this particular script kicks things up a notch for some high-quality entertainment.

Each of the three main characters have designated classes--Time Master for Michael, Speedster for Tranklin and Berserker for Trevor--and players can create their very own character with a range of different customization options straight out of GTA: Online.

The mod follows basic RPG formulas like killing enemies (police and NPC's) to earn EXP and level up, plotting skills and earning cash from slain foes to buy ammo, health kits and other goods from the shop. GTA: RPG features plenty of varying missions--like evading cops and delivering goods to eradicating specific targets--to complete for XP and rewards, and players can interact with NPC quest-givers in a radial dialogue menu. 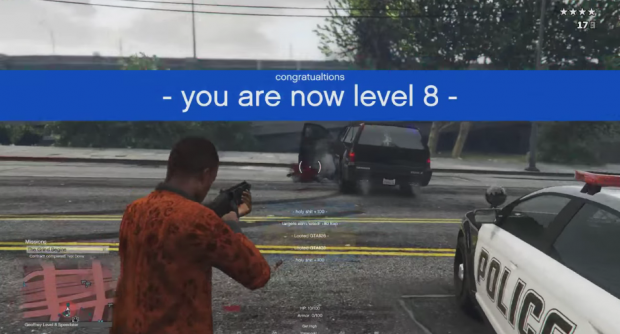 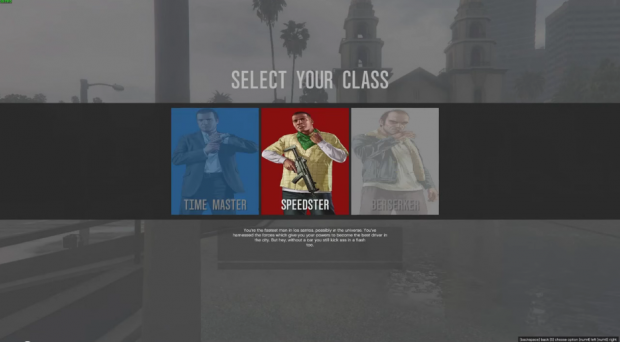 The GTA V RPG mod is still in its early stages and Logic Spawn plans to add in more content including skill trees for weapons and cars, unique cinematic scenes, an enhanced story arc with more missions and extra mini-games like survival mode. To play the mod you'll need to grab a few extra downloads including Script Hook V and Community Script Hook V and of course the script itself.