In what feels like "why haven't we had this sooner", Google has finally allowed vertical videos on YouTube. Vertical videos you ask? Sounds weird, but with videos shot on smartphones representing a large portion of YouTube videos, vertical video support is very welcomed. 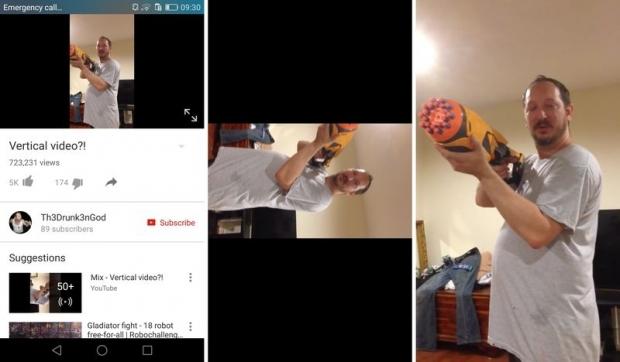 YouTube for Android previously only supported landscape video playback, so if the video was filmed vertically, it would have some large black bars and it would simply look atrocious. But with YouTube for Android v10.28, vertical videos are supported, with the tall clips now taking up the entire frame.