If you need to get caught up on all the Fallout action before Fallout 4, Bethesda has you covered with the Fallout Anthology pack. The bundle will be released in the United States on September 29 and will launch in October in Europe, Bethesda said in a blog post. 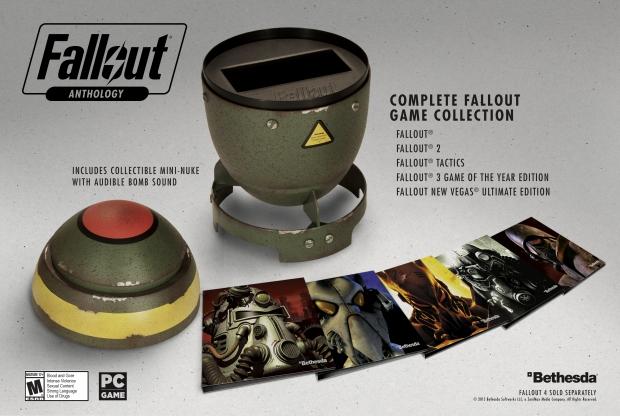 The Fallout Anthology includes Fallout, Fallout 2, Fallout Tactics, Fallout 3: Game of the Year Edition, and Fallout New Vegas: Ultimate Edition. It will cost just $49.99 and will be available for PC gamers only.

Fallout 4 is scheduled for release on the PC, Microsoft Xbox One, and Sony PlayStation 4 on November 10.