With precious few video games left to adapt to the big screen, Warner Bros. through its subsidiary New Line Cinema have snapped up the rights to the classic Midway arcade game 'Rampage' as a starring vehicle for Dwayne Johnson. 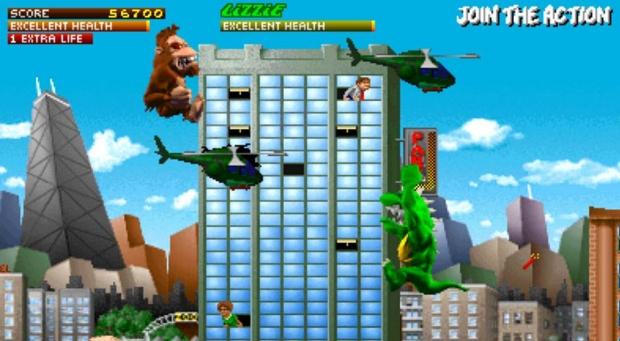 Fresh off the success of this year's disaster flick 'San Andreas', Deadline Hollywood are reporting that the studio is keen to re-team director/star combo Brad Peyton and Dwayne Johnson for the video game epic, which sees three monsters attack buildings, snatching would-be hostages in the process.

The last game in the 'Rampage' franchise; 'Rampage: Total Destruction' was released on the Nintendo Wii console in 2006. The feature film isn't expected to hit cinemas until 2017.