With the release of the HTC Vive not too far away, the Taiwanese smartphone manufacturer is now showing off more and more of the wireless controllers behind the VR headset. 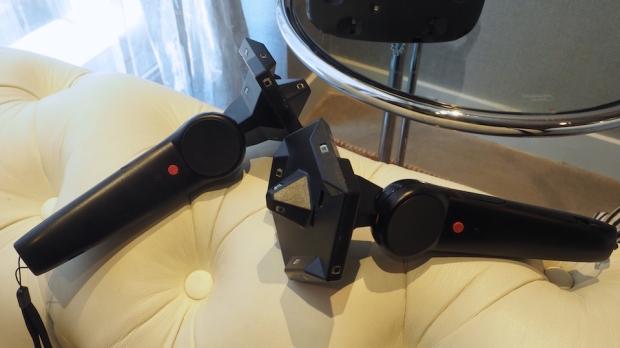 The company has already pushed out the wireless controllers, and the Vive itself, to developers, so we're getting a deeper look at them as time goes on. The wireless controllers that ship with Vive will feature motion-tracking sensors, a trigger button, digital touchpad, and a design that really is out of this world.

The controllers are still in their prototype stage, but I'm kind of hoping that they rock this style when the consumer version of the Vive ships later this year.