Acer has revealed that its revenue for Q2 have dropped by a huge 30%, but the company is hoping that these numbers won't stay low for long, especially with the release of Windows 10 right around the corner on July 29. 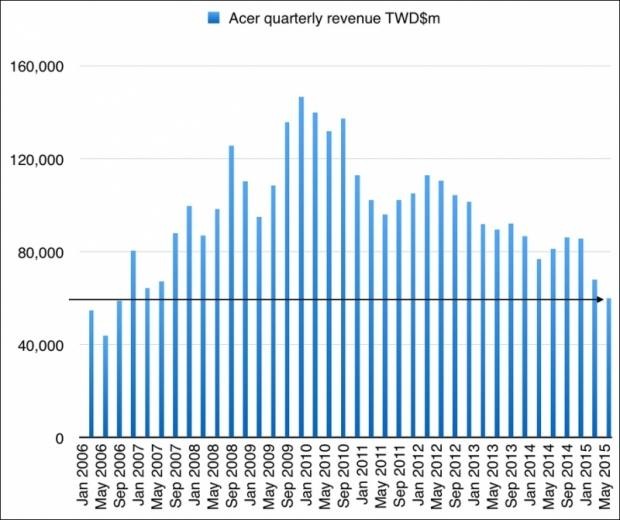 The company is hoping that the sales of its upcoming 2-in-1s, Chromebooks, and gaming notebooks will help those numbers in Q3. Windows 10-based laptops, desktops, and other products will also spur sales, too. But with Acer kicking some serious ass with its NVIDIA G-Sync powered XB270HU monitor, I don't see why the company isn't pushing into the gaming sector more.

The 27-inch 1440p IPS-based panel has a 144Hz refresh rate, but is mostly in the dark when it comes to marketing. The ASUS ROG Swift gets all of the gaming love, but if Acer can push its upcoming 34-inch 3440x1440 ultrawide monitor with G-Sync technology right, things could really swing in Acer's favor later this year.