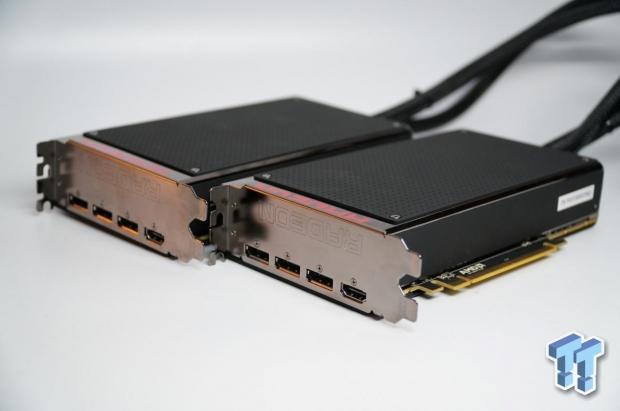 DGLee was running Windows 8.1, an Intel Core i7-5960X, 8GB of DDR4, all on a Rampage V Extreme motherboard. But how were t hose results? Well, take a look below, for all of the 'average relative performance' of the 12 titles run. At 2560x1440, the Fury X cards in CrossFire are able to barely beat the Titan X cards in SLI, but at 4K, the 3- and 4-way Fury X cards really come out into their own and beat the Titan X cards. Even though it's by 15% in 4-way, CrossFire scaling is great on Fury X.

We start off with 4K: 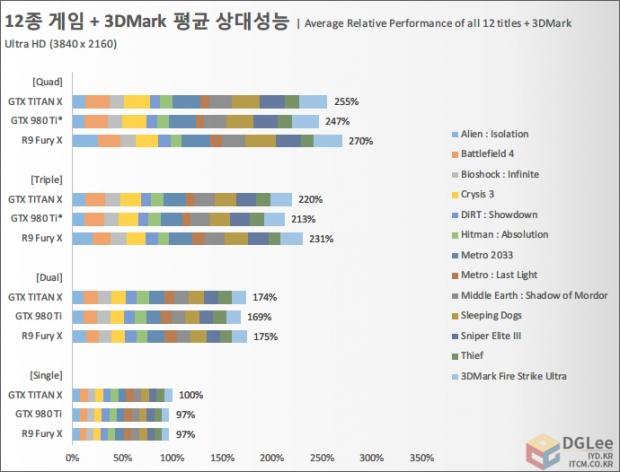 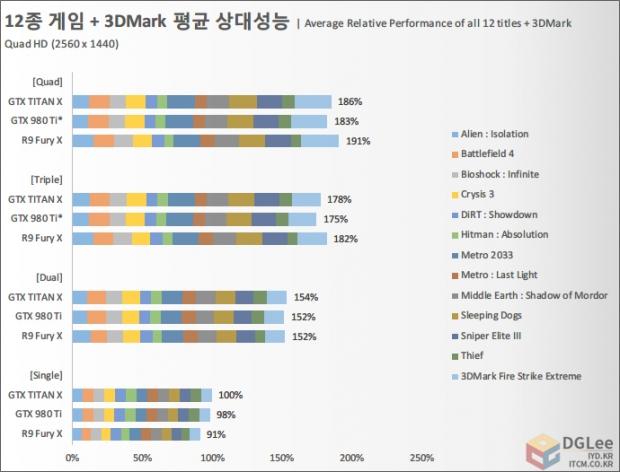 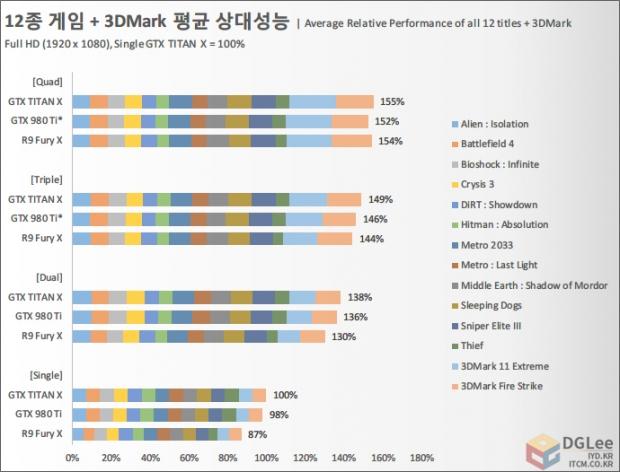