Now that AMD has launched its new Radeon R9 Fury, something we were very impressed with in our review of the SAPPHIRE Tri-X R9 Fury, NVIDIA's add-in board (AIB) partners are very silently dropping their pricing on the GeForce GTX 980 Ti and GTX 980 cards. 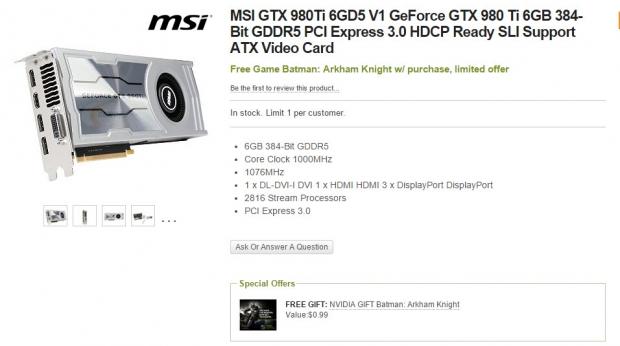 It's an interesting turn, and while it's only $20, every little bit helps.