AMD has just launched a new video card for the professional market, with the new FirePro S9170 Accelerator. This new card replaces the FirePro S9150, and has a few new tricks up its sleeve. 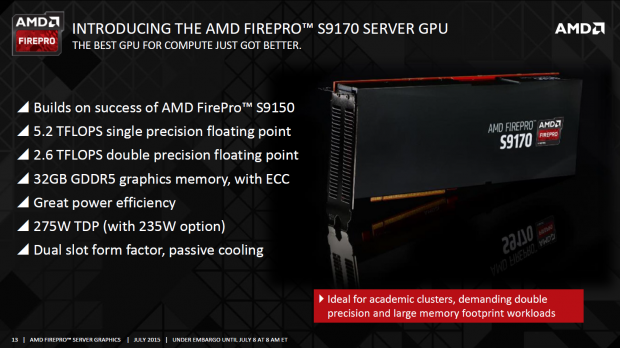 For starters, the new FirePro S9170 Accelerator includes the Grenada XT GPU, 32GB of GDDR5, and is aimed at DGEMM (Dense General Matrix) and sever workloads, with OpenCL 2.0 support to boot. With 32GB of GDDR5 on-board, it is one of the most VRAM packed compute cards on the market. NVIDIA's closest card is the Tesla K80 with 24GB of GDDR5.