With the alpha build of Star Wars: Battlefront opening up in the last few hours to a select few gamers, there are already copies of the game floating out onto torrent sites. 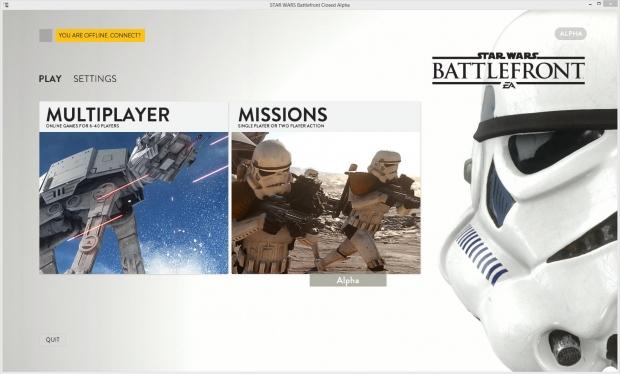 Someone who has already downloaded the alpha build, screenshots of the menu of Star Wars: Battlefront have leaked. This is what you're seeing above, which shows off a slick menu for the game. With Star Wars: Battlefront only just arriving in the last 24 hours, what do you think EA or DICE would have to say about it leaking so quickly?

This would be quite the marketing stunt for the game, as it's now going to be played by many more people than the closed off alpha build would've been exposed to.