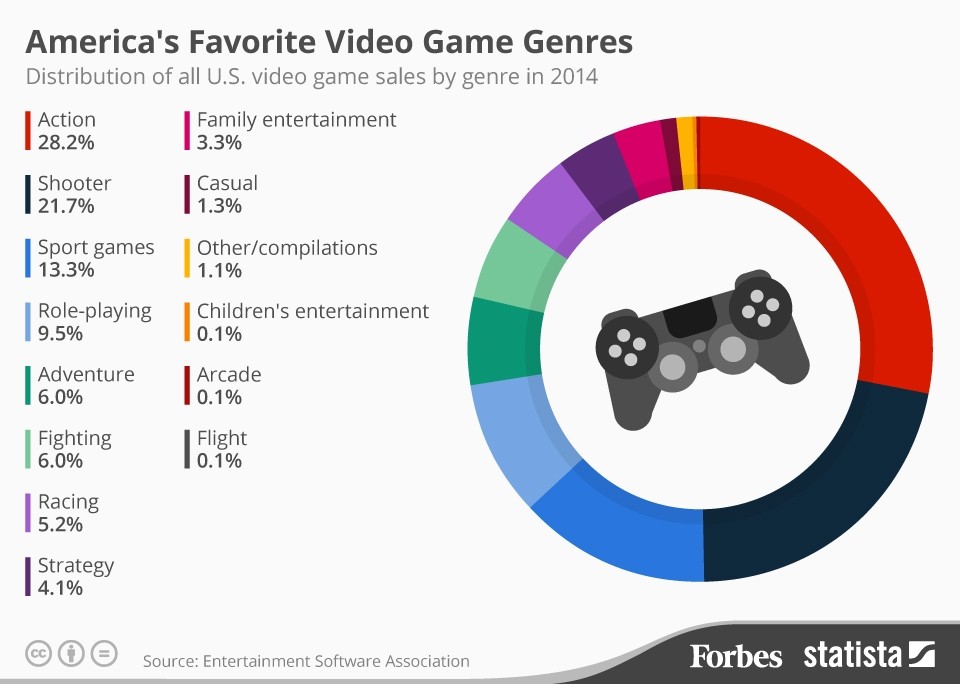 As noted, 28.2 percent of games sold were action, ahead of shooter (21.7 percent), and the sales figures dropped from there. Taking the No. 3 position was sport games (13.3 percent), ahead of role-playing (9.5 percent), adventure (6 percent), and fighting (6 percent) - with racing, strategy, family entertainment, casual, and other titles fighting for the remainder of the market.

Of course, the ESA's stats changed drastically when it took a look at just the PC market, where strategy games accounted for 37 percent of overall sales.

Call of Duty: Advanced Warfare was the top selling console game of 2014 in the United States, ahead of Madden NFL 15, and Destiny. Meanwhile, The Sims 4 and The Sims 3: Starter Pack, Diablo III: Reaper of Souls, and The Elder Scrolls Online led the PC market.