The AMD versus Intel debate is one that will seemingly run until the end of time. The latest update in this slew of arguments is the unfolding information that AMD's E3-announced Project Quantum will be powered by an Intel Core i7-4790K processor instead of an AMD-made addition. 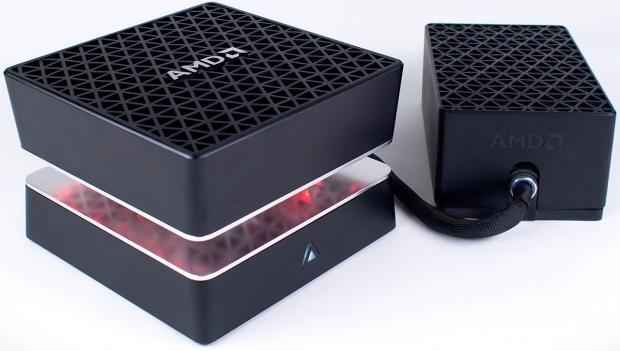 Sitting atop an ASRock mini-ITX motherboard, the internals will be topped off with two 'Fiji' video cards in crossfire, half-height Crucial Ballistix RAM and an AMD labeled SSD.

As for cooling, the Project Quantum will feature a custom Asetek watercooling system that hooks up to the video cards, the processor and the PCG.