If silent is what you're seeking, ASUS has now shown off its Radeon R9 390 and Radeon R9 390X cards featuring an all-new triple-fan STRIX DirectCU 3 cooling setup - this technology ensures that all the fans are switched off when the card is at idle, quoted by TechPowerUp as "common desktop / light-3D loads." 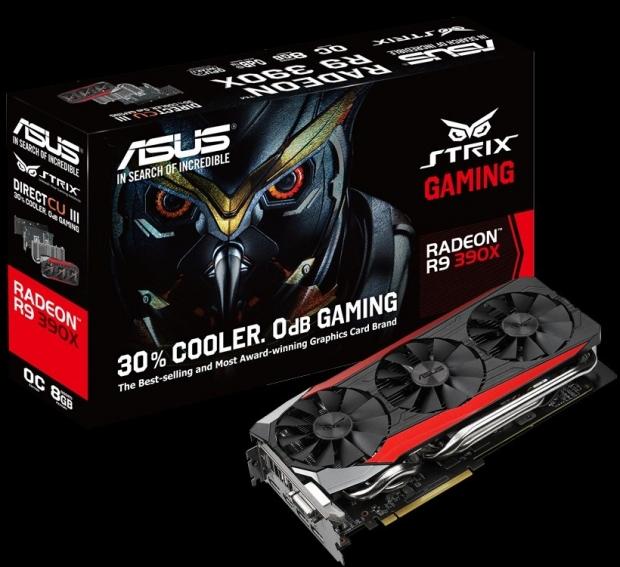 With this air cooler said to be identical to that seen in the NVIDIA GeForce GTX 980 Ti STRIX, ASUS has developed a giant aluminum fin-stack heat sink, attached to the GPU by four 10mm nickel plated copper pipes and cooled by three 100mm fans. 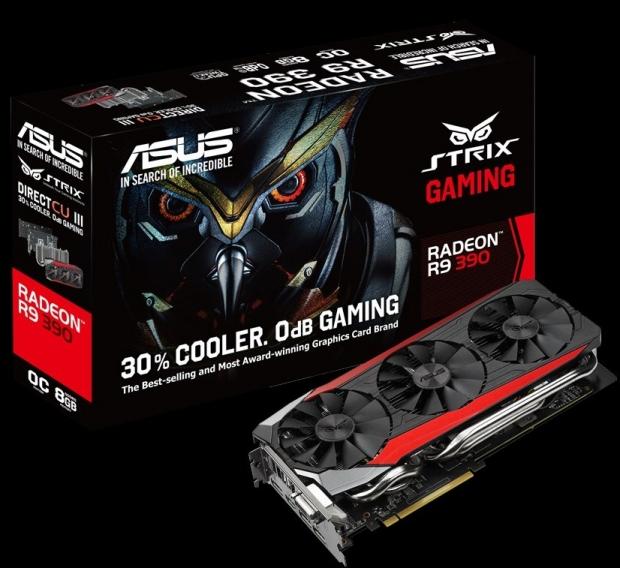