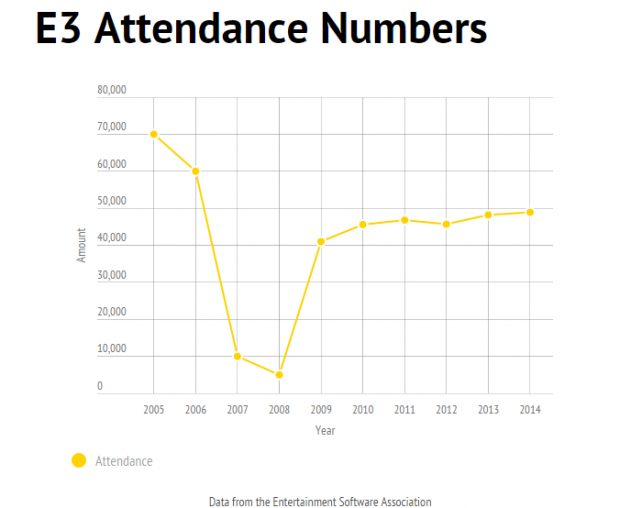 The Entertainment Software Association, the people behind E3, has already announced that E3 2016 will take place between June 14 and 16 in 2016, as well as saying that this year's E3 was a record-breaker. Twitch was the official livestreaming partner of E3 this year, with over 500,000 peak concurrent viewers.