E3 2015 - AMD finally made the Radeon R9 Fury X official yesterday, as well as the super-small Radeon R9 Nano, but it was the tease of the dual Fiji-based Radeon R9 Fury X2 video card that has everyone talking. 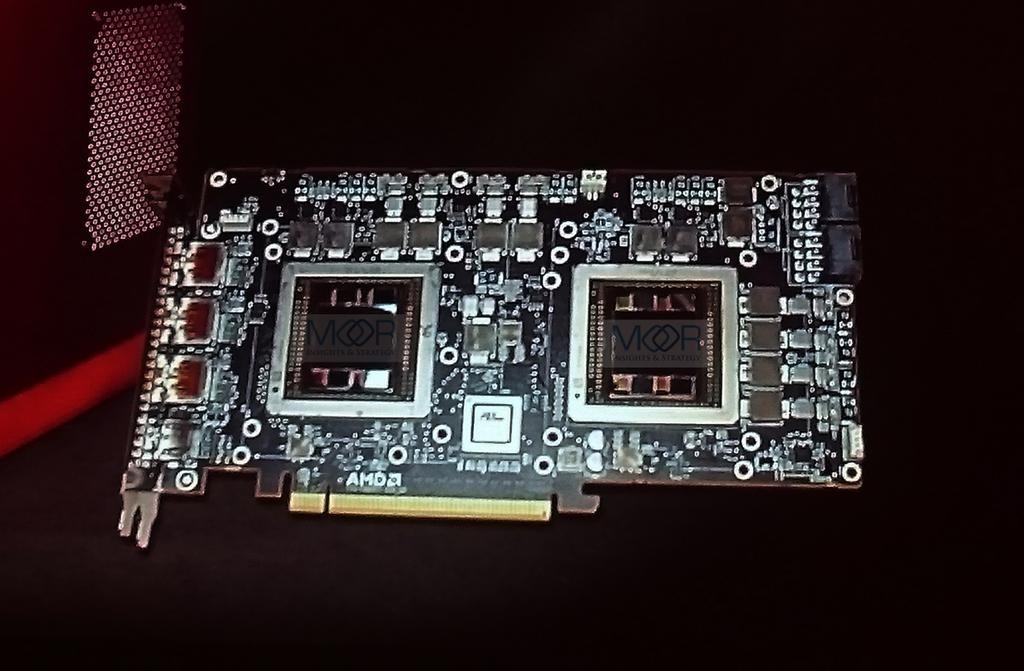 Anshel Sag from Moors Insights & Strategy snapped a photo of the Radeon R9 Fury X2, which looks to be around 8-10 inches long - the same length as the small Radeon R9 Fury X itself. It's also powered by just two 8-pin PCIe power connectors, with countless PCB space saved thanks to AMD using the next generation High Bandwidth Memory technology.

We should hopefully see more information on the Radeon R9 Fury X2 in the coming months.