We had a world exclusive when we outed the name of AMD's new Radeon R9 Fury X, which has been 'confirmed' with the official marketing material for AMD's Fiji-based product. We are to expect this to be AMD's best GPU yet, aimed at the ultra enthusiasts and those who want to run 4K and beyond. 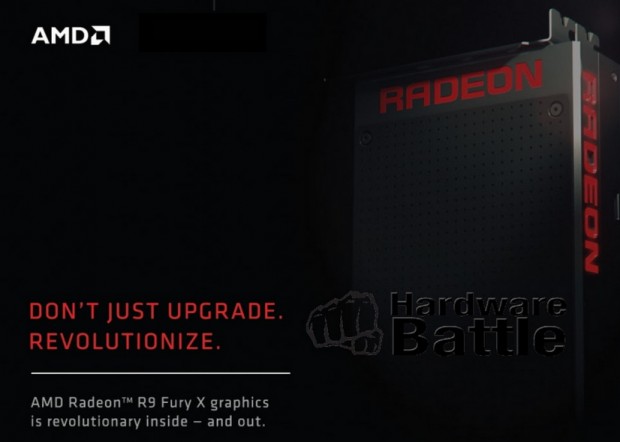 The new Fiji GPU will measure in at around 560mm2 making it the biggest GPU that the company has ever produced, where inside we'll have 64 Compute Units each featuring 64 stream processors. This brings us to a total of 4096 stream cores, 128 raster operation units, and 256 texture mapping units. 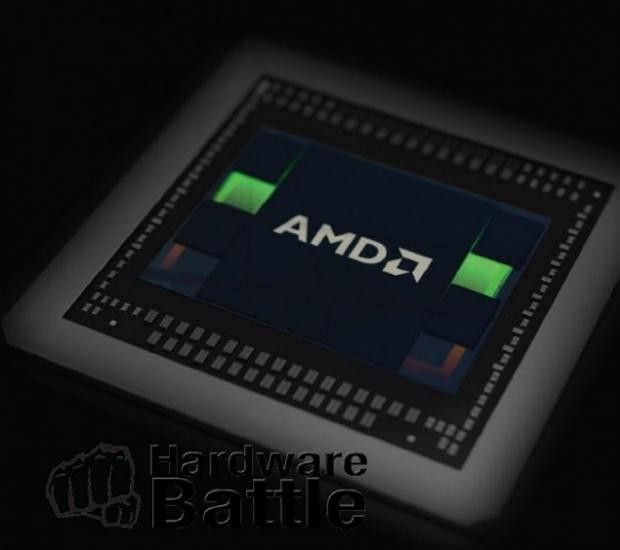 But it's going to be the High Bandwidth Memory that sits next to the GPU die that is going to make the Radeon R9 Fury X special. The GPU and HBM have allotted space on an interposer die which measures at around 1000mm2, and while this chip is far larger than any other previous GPU released, HBM saves countless space on the PCB that would normally have GDDR5 chips sprawled throughout. 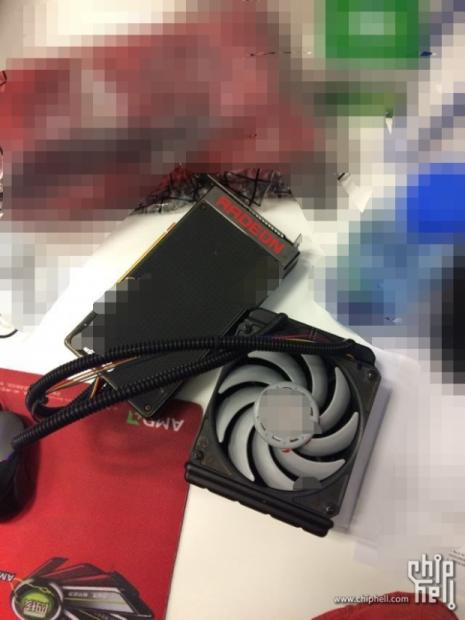 The 4GB of HBM is spread out over an insane 4096-bit memory bus at 500MHz with 512GB/sec of bandwidth, and with an overclocked R9 290X hitting 422GB/sec, this is quite the upgrade. But, how much faster will it be compared to the NVIDIA GeForce GTX 980 Ti on its 384-bit memory bus with 336GB/sec of memory bandwidth? Time will tell. Not only that, but we have the core clock sitting at 1050MHz for the reference design, providing 8.6 TFLOPS of FP32 compute performance.

Display connectivity finally moves into the DisplayPort era with three DisplayPort outputs, and a single HDMI 2.0 port. We should hopefully see AMD unveil the Radeon R9 Fury X next week during E3 2015, with samples hitting shortly after.