We had a world exclusive with the first Radeon R9 390X spotted thanks to PowerColor, but now details have leaked on the ASUS Radeon R9 390X DirectCU II OC. The ASUS variant will feature 8GB of GDDR5 RAM, which is in line with our exclusive story on the Fiji XT-based Fury X and Fury featuring HBM, while the 300 series cards will be powered by GDDR5. 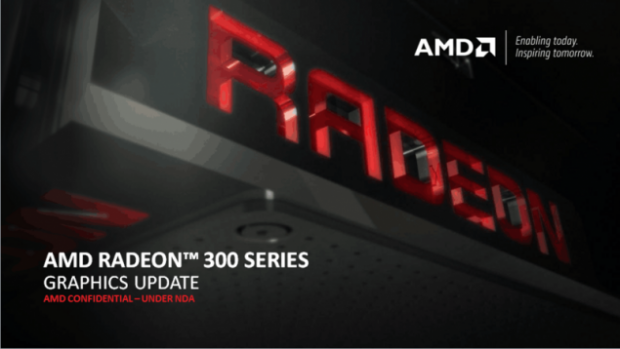 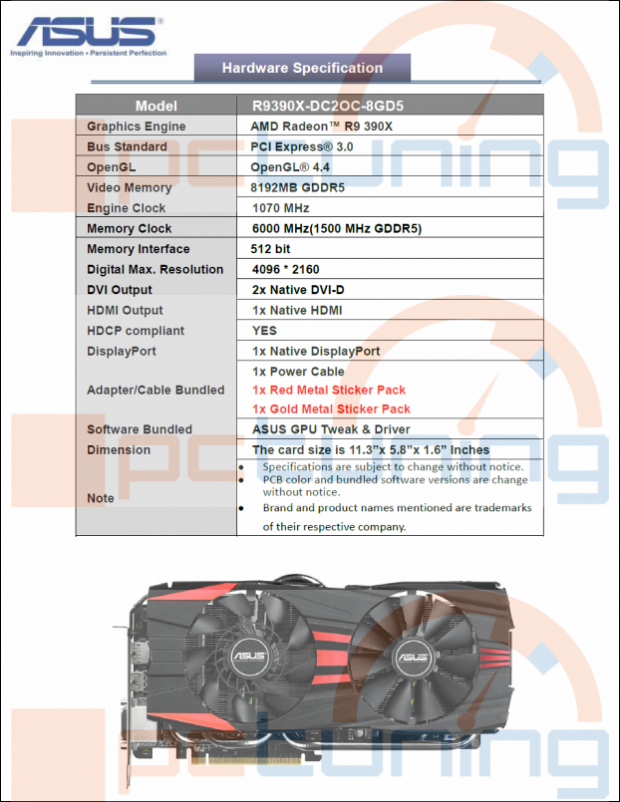 The 8GB of RAM being clocked at 6GHz is a change from the 5GHz on the R9 290X, so that's most likely what we can expect from the other Radeon R9 390X cards when they launch. ASUS has two 8-pin PCIe connectors on the card, and an estimated price of around $449 when it launches later this year.