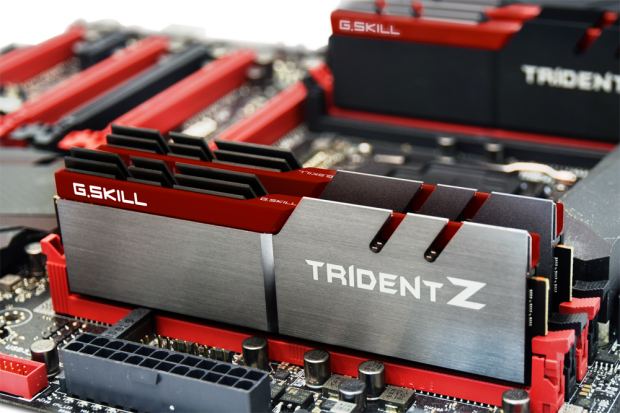 G.SKILL designed the Trident Z series so each RAM module ships with aluminum heatspreaders, and includes a custom color bar so RAM can more closely match a PC owner's system.

The company will release the Trident Z series in dual-channel and quad-channel - with specifications to be announced at a later date.