Computex 2015 - The hype of late has been solely based around the latest flagship offerings by AMD and NVIDIA with ASUS joining that charge, but how about the whole range and something a little different? 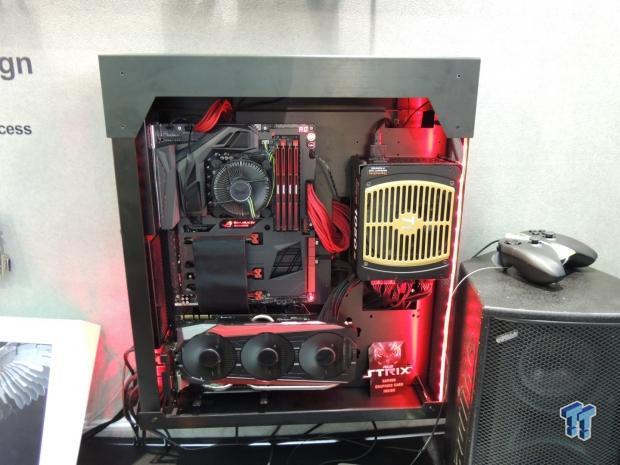 As part of its Computex 2015 display, ASUS has shown off its TURBO series gaming video cards, the MINI series form-factor models produced for Mini-ITX systems, the STRIX 4K gaming series for "core gamers," the ROG POSEIDON for premium-grade watercooled users, the ROG MATRIX models for air overclocking and also some neat water block offerings thanks to EK Water Blocks, Bitspower and Thermaltake.

If that isn't enough for you, ASUS also threw up a display explaining of its industry-first 100% automated production process and material design alongside how exactly the PCB design is carried out in the factory.

Adding to this myriad of information is some cool software which displays various information such as GPU speed (in percentages), GPU temperature and more - allowing you to effectively monitor your hardware.

You can alson see that the ROG series of video cards have been build into an awesome red-LED system as pictured above. 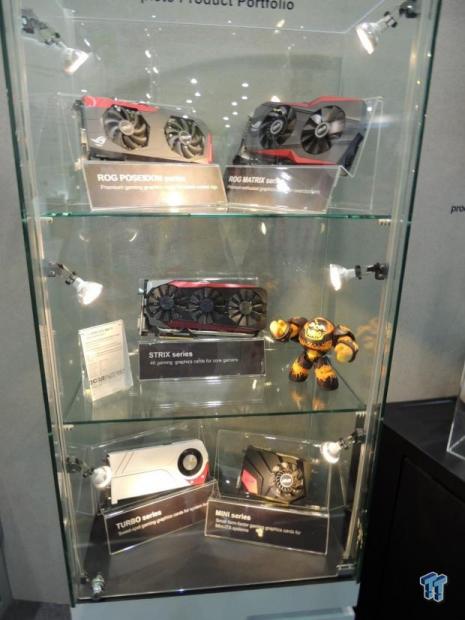 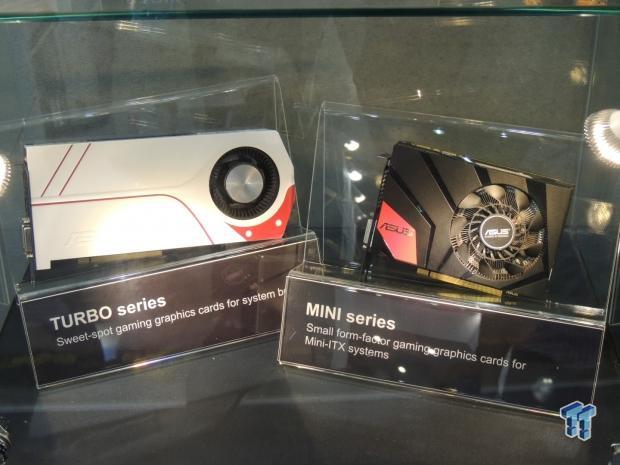 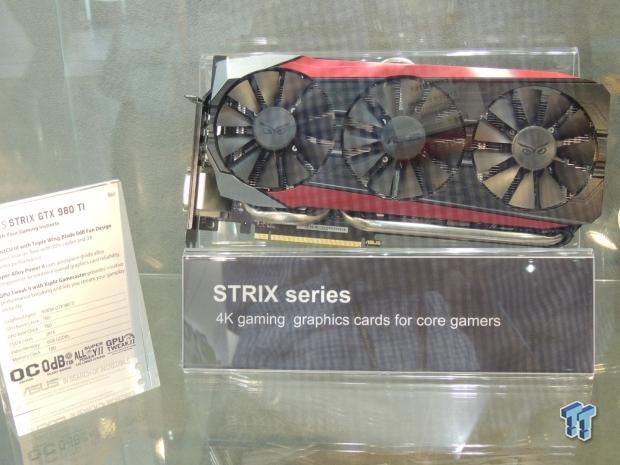 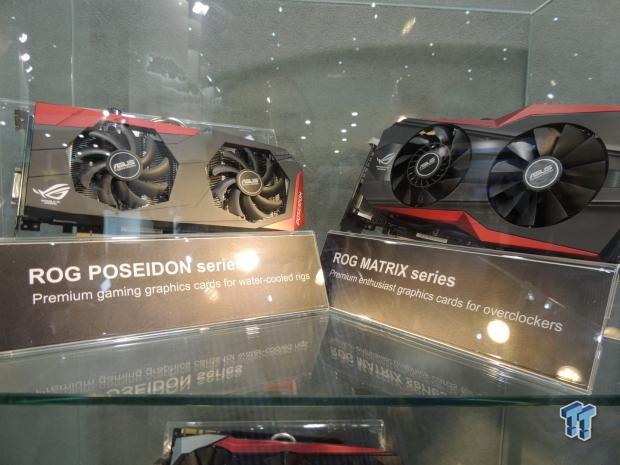 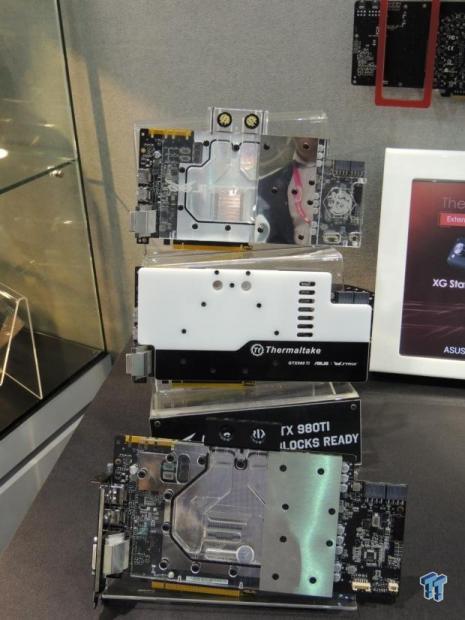 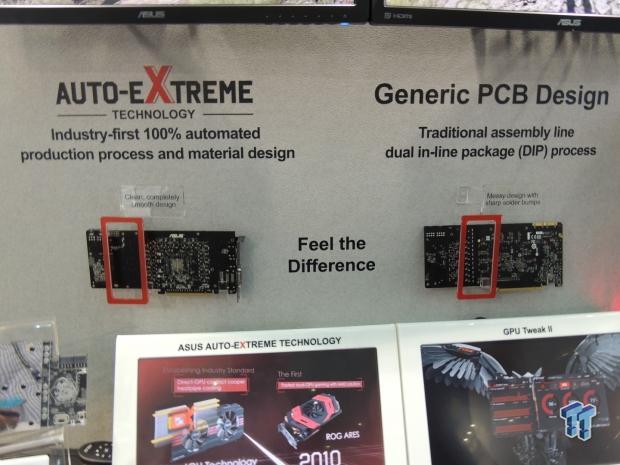 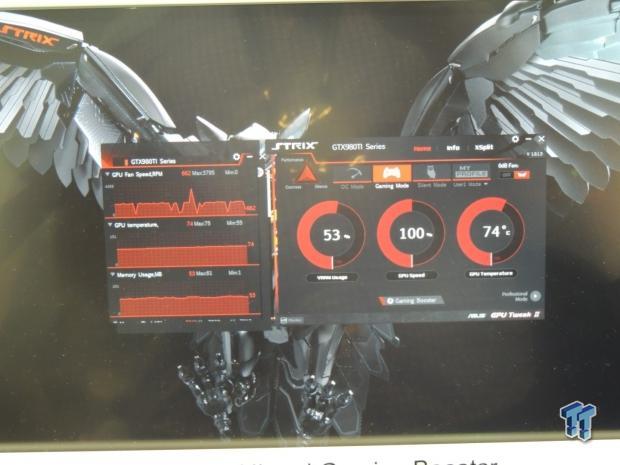