Computex 2015 - ASUS wants to draw some focus towards its so-called TUF motherboard in Taipei, Taiwan and has done so by recruiting the help of Chinese modder Wei Zheng to make this great tough case PC mod named 'IMMORTAL'. 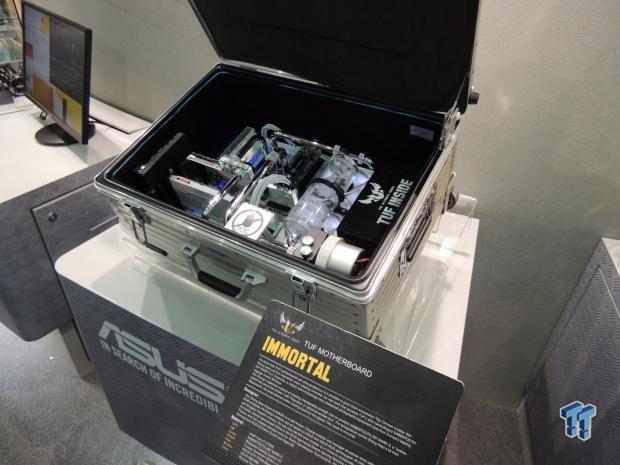 Featuring a winged shield logo with accompanied by a the slogan "the ultimate force," ASUS explained that this SABERTOOTH Z97 Mark S is the toughest that it has produced yet, claiming that it "cannot be broken," thus has been placed into this "yet-to-be-broken box" by European bag brand Rimowa.