NewsReviewsArticlesGuidesGamingAsk the ExpertsNewsletterForums
GIVEAWAY: Gaming peripherals upgrade thanks to Corsair worth $280
Motherboards

Computex 2015 - It seems the technology world today either wants a massive three-way SLI watercooled beast or a teeny tiny mATX system. In order to appeal to the latter audience, GIGABYTE has launched its B150M-D3H Micro-ATX motherboard, based on the Intel B150 Express chipset. 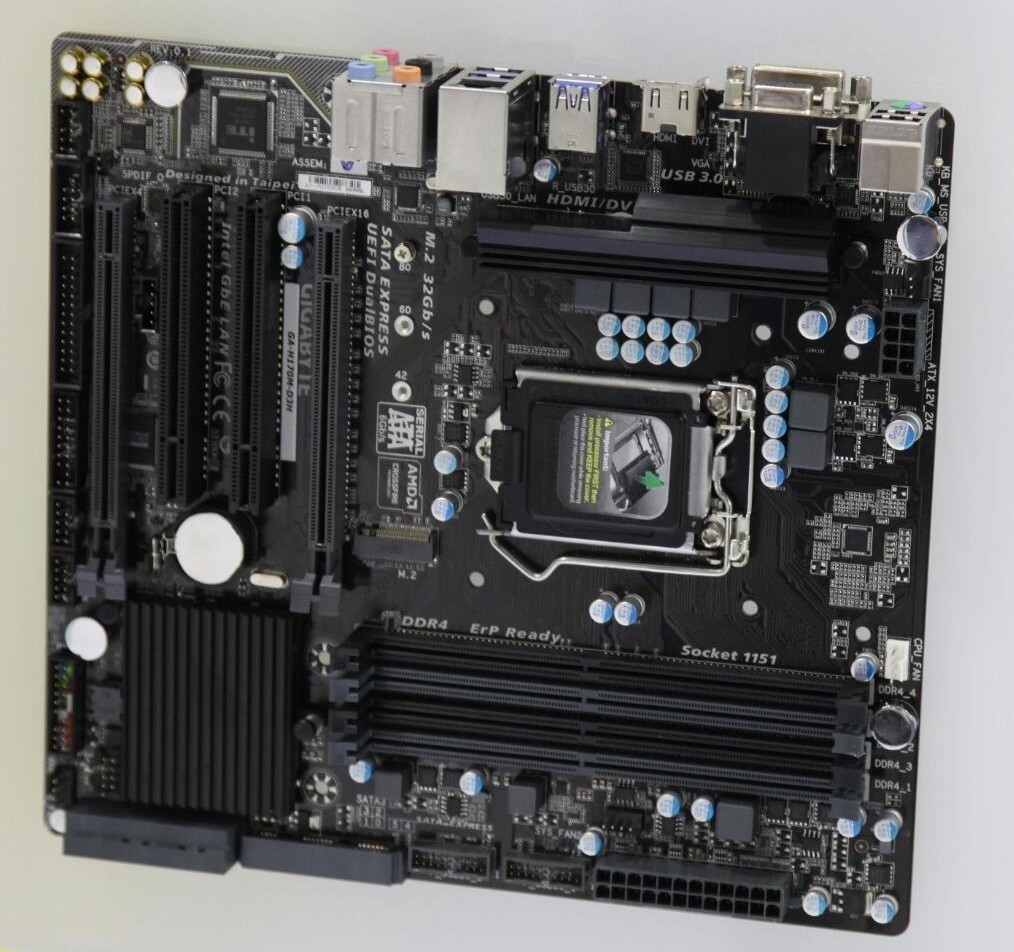 Reports claim that this board may be released at under $100 to the public and it offers a full-width mATX design featuring four DDR4 DIMM slots supporting dual-channel applications up to 2666 MHz.

Connectivity includes a single D-Sub, DVI and HDMI connection alongside the six USB 3.0 ports, gigabit Ethernet and HD 8-channel audio to round out the features list.