Hardware company G.SKILL has announced that its Ripjaws 4 DDR4 RAM used on an ASRock X99M Killer/3.1 motherboard has reached record air-cooling frequency at DDR4 4062MHz. G.SKILL says the record was accomplished with both CPU and RAM operating with standard air-cooling. Here is a video of the action:

The record has been confirmed by CPU-Z.

"This outstanding performance is not only a tremendous glory, but also a huge acknowledgement to our overclocking ability," said James Lee, VP of sales and marketing at ASRock. 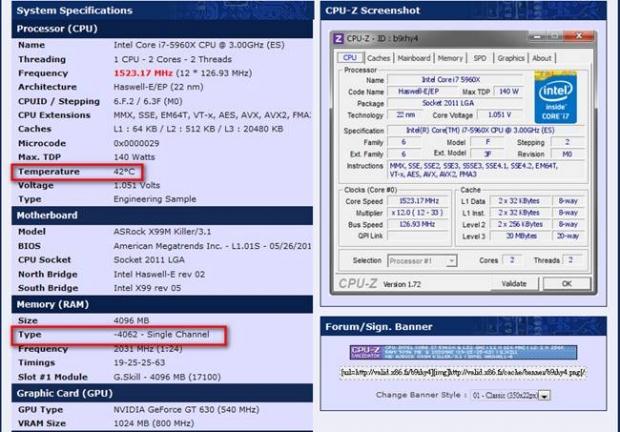