If gaming isn't quite your thing, ADATA has announced in a recent press release that it will be showcasing some Marvell controller-laden PCIe SSDs and DDR4 RAM for those looking to run Cloud / IoT services. 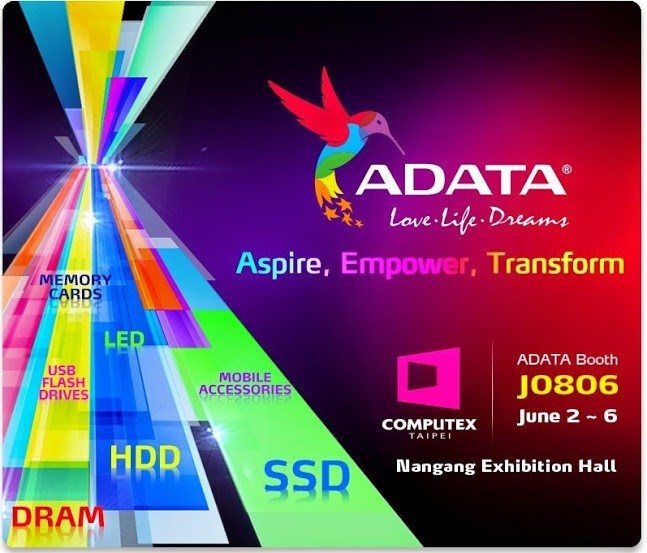 The consumer series' on display will be that of the SP560 and SP550, said to help offer a pathway for regular users to become PC enthusiasts.

As for memory, ADATA has announced high density 16GB per DIMM DDR4 U-DIMM RAM for desktops and DDR4 SO-DIMM for laptops as its main focus. There will also be server RAM on display such as the DDR4 VLP R-DIMM, VLP ECC-DIMM, and ECC-DIMM.