We've been hearing whispers of NVIDIA launching its GeForce GTX 980 Ti, but according to WCCFTech, the company will be launching their new video card on June 2 at Computex 2015. 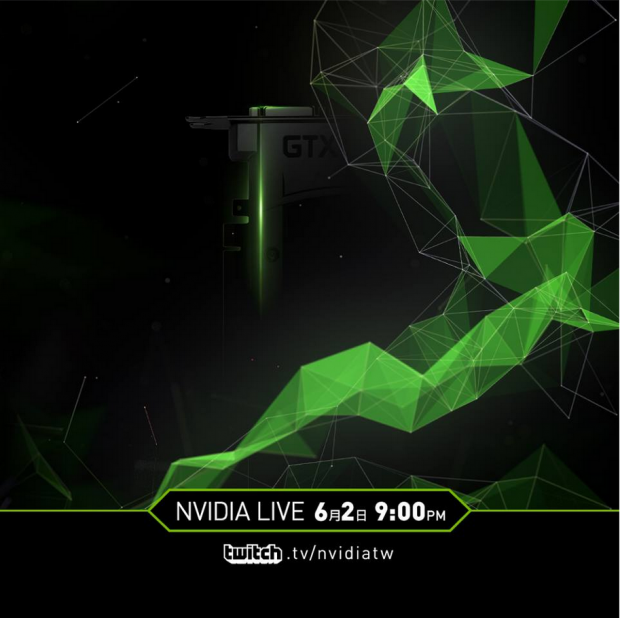 The event itself will be livestreamed over Twitch, as you can see from the image above. But what should we expect from the GTX 980 Ti itself? Well, it's based off of the GM200 core, the same core that powered the GeForce GTX Titan X, but we'll see 6GB of VRAM instead of the 12GB that the Titan X featured. But, this will include a drop in price from the $999 pricing of the Titan X.

The GeForce GTX 980 Ti will feature a 384-bit memory bus, up from the 256-bit bus offered on the GTX 980 which will provide the new GM200-based card with 336GB/sec memory bandwidth. The Core Clock will be at 1GHz, while the Boost Clock will reportedly be set at 1076MHz. We should expect to see an 8-pin + 6-pin PCIe configuration, with three DisplayPort, one HDMI 2.0 and one DVI port on the back.

One of the bigger things that I think the GTX 980 Ti has going for it is that NVIDIA is opening up the reference cooler restriction that the Titan X had, for aftermarket coolers. This is going to be the best part of the new GPU, as it'll see ZOTAC, MSI, ASUS, Colorful and various other brands all throwing their own cooling technology onto the card for overclocked GTX 980 Ti cards.