Dwayne Johnson, otherwise known as 'The Rock' has smashed a new world record whilst on the publicity trail for his new film 'San Andreas' which opens worldwide this week - but probably not one you were expecting. Weight lifting? Arm size? None of the above. 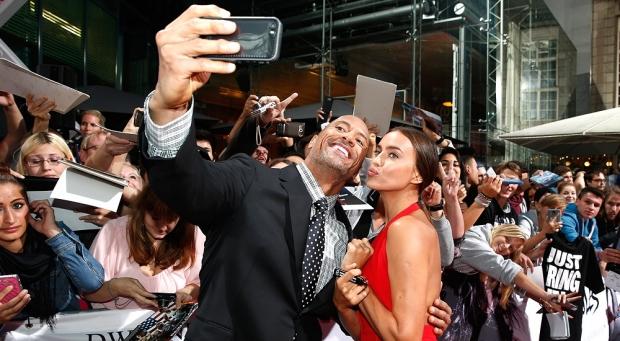 Not only is Johnson a Guinness Book of Records holder, and a media tart, but he's also proven to be a good sport to his fans. Bless him.