Some of you may have already realized this, but Google has pushed out a refreshed Hangouts Chrome app for Windows, Mac OS X and Linux. The new app is actually quite great, so if you're a Hangouts user, you should update. 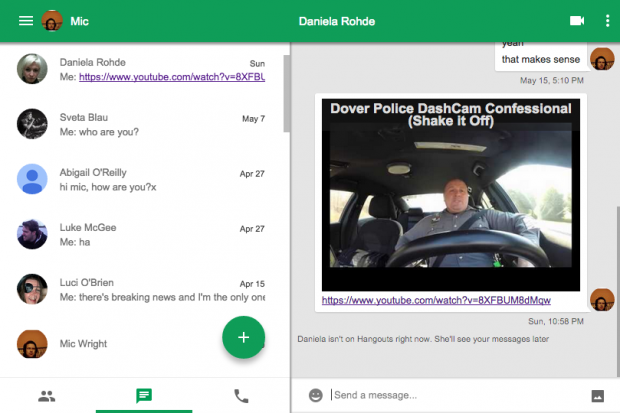 Google's Mayur Kamat wrote on his Google+ account about the new update, saying: "New version of Hangouts Chrome App is out. Give it a try, especially if use Mac OS X". He also said that it's available for Windows, ChromeOS and Linux, too. If it hasn't already been updated, you can uninstall and reinstall the dedicated Chrome Hangouts app, which should then refresh and delight you with its new look and features.