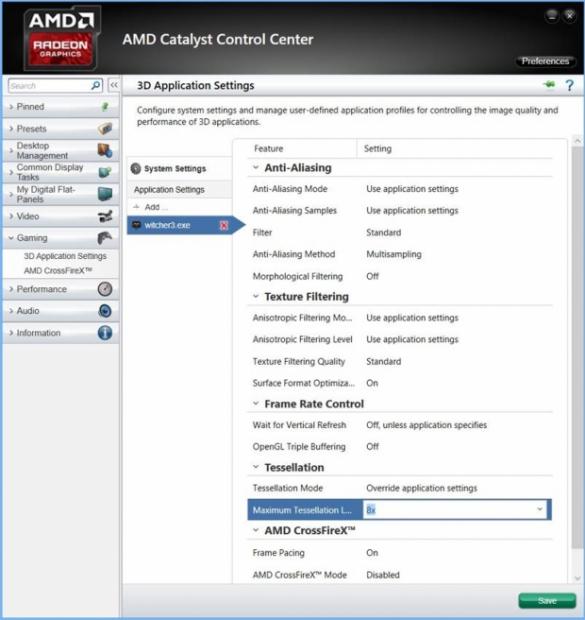 AMD has said that in order to improve HairWorks performance in The Witcher 3, you should reduce the tessellation level in Catalyst Control Center. This is found in the 3D Application Settings part of the CCC, where you should reduce it to 8x.

When it comes to new drivers, AMD has said: "AMD is committed to improving performance for the recently-released Project CARS and The Witcher 3: Wild Hunt. To that end, we are creating AMD Catalyst 15.5 Beta to optimize performance for these titles, and we will continue to work closely with their developers to improve quality and performance. We will release AMD Catalyst 15.5 Beta on our website as soon as it is available".