US Navy scientists have created a miniature glider drone, dubbed the Cicada, which is designed for its simplistic and disposable functionality. The small drone doesn't have an engine and features just 10 moving parts and costs around $1,000 - and could drop in price down to $250 each - seems like nothing more than a circuit board attached to a paper airplane. 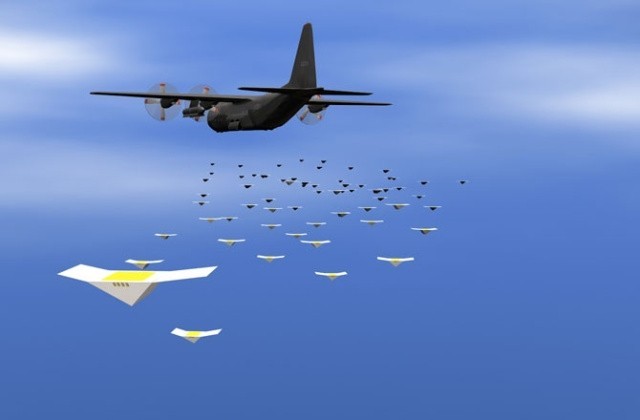 After being dropped from a drone, airplane or other form of aircraft, the Cicada drones can be assigned GPS coordinates. During a live test three years ago, the drones were launched from almost 60,000 feet and successfully landed less than 15 feet of their intended target.

The drones could be equipped with microphones and other tools, opening the door to multiple possible missions.

"The idea was why can't we make UAVs (unmanned aerial vehicles) that have the same sort of profile," said Aaron Kahn, from the Naval Research Laboratory, in a statement to the AFP. "We will put so many out there, it will be impossible for the enemy to pick them all up."