If you're wondering what the North Korean leader has been up to lately, state-run media recently claimed yet another glorious achievement to add to the catalog alongside the leaders achievements including learning how to drive a car at three years old and assisting in landing a pilot on the sun. 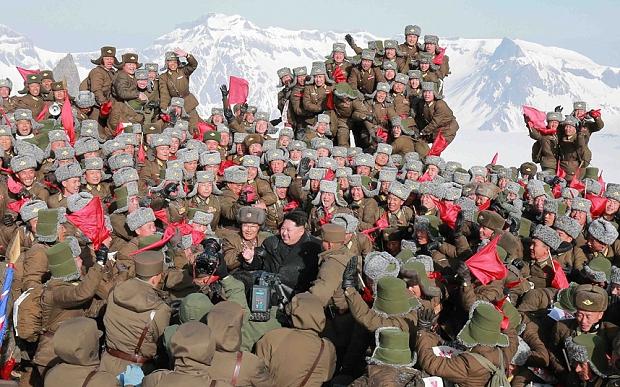 It all looks pretty normal at first, but South Korean news reports have pointed out one photo in particular as a little odd (seen above). If you take a look a the smiling comrades in the rear it seems they're sitting perched atop a rock for comfort - however, upon closer inspection you'll notice clear air between their legs - so what are they sitting on?

There's also the added fact that Kim Jong-un isn't wearing a hat of his own despite the freezing cold conditions and other photos showing his well-kept hair and shiny shoes go completely untouched by the surrounding wind or snow. 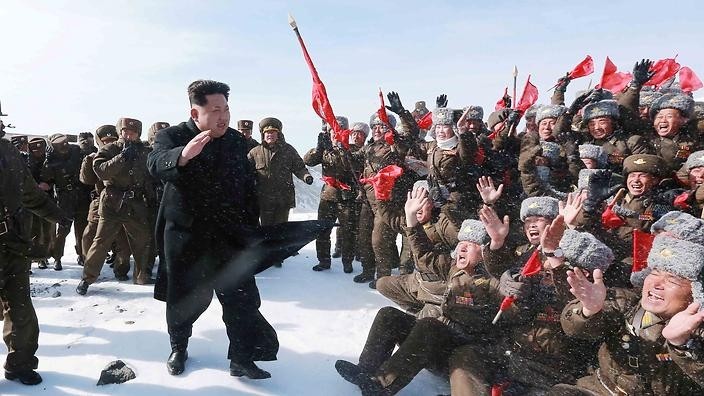