If Angry Birds wasn't already everywhere, Rovio Entertainment has announced that Angry Birds VR will be flinging onto Samsung's Gear VR headset in the very near future. 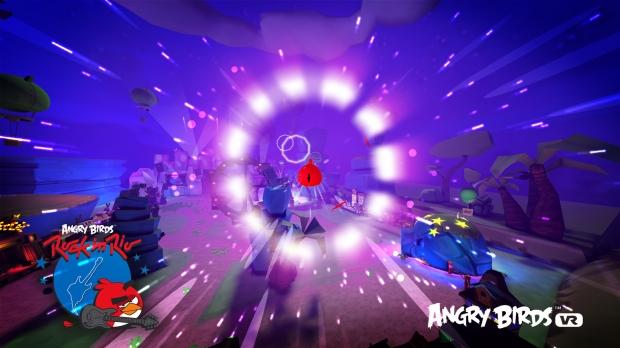 The company demoed Angry Birds VR on the Gear VR at the Rock in Rio festival over the weekend, which saw Rovio's normal side perspective title viewed from behind, and with only a single screenshot unveiled so far, it's hard to judge how it will play, let alone feel in virtual reality. VIP pass holders at Rock in Rio in Las Vegas got to try it, but we need to now get our hands on it.