After thinking Fallout 4 might not be shown off at E3 2015, it looks like it could actually happen. According to the LinkedIn profile of a 3D contract artist, who has listed "Fallout 4 cinematic trailer" on the Experience section of their profile. 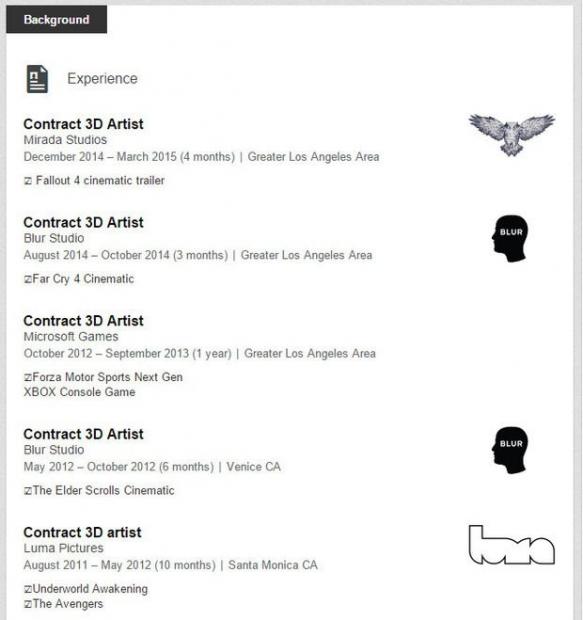 Normally rumors are just that... rumors, but this is pretty solid. This LinkedIn profile points to someone who has worked on various large AAA titles like Far Cry 4, and much more. We'll find out soon with E3 2015 taking place between June 16-18, 2015.