The Federal Aviation Administration (FAA) granted farmers the ability to use the RMAX drone, which can hold fertilizer and pesticide tanks. The drone weighs more than 200 pounds and was developed by Yamaha, and is the first drone craft that can carry a significant payload. 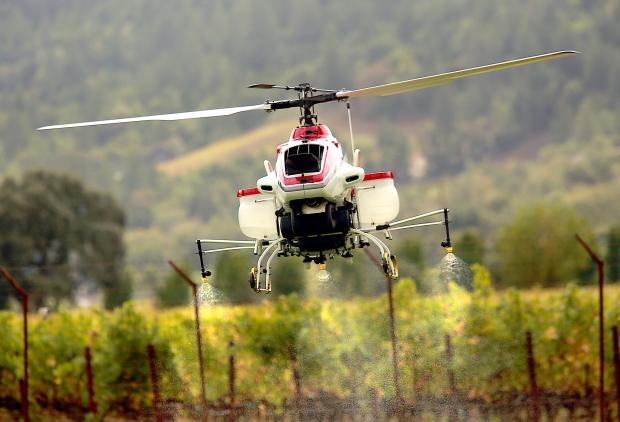 The FAA has been careful in approving aircraft for commercial use, with farmers using small drones for agricultural purposes. The drones are mainly taking pictures and helping land owners inspect their crops, and for little else.

However, using drones for precision spraying will help limit costs, and keep material costs down - in such cases as vineyards, which can be difficult to access by ground workers.

"The FAA is taking an important step forward to helping more industries in the US realize the benefits (drone) technology has to offer," said Brian Wynne, president and CEO at the Association for Unmanned Vehicle Systems International, in a public statement.