Microsoft is continuing its retail takeover with Microsoft Stores throughout the United States, but the Redmond-based OS giant has just announced that its 'first Microsoft flagship store outside of North America' will be at Westfield Sydney, in Australia. 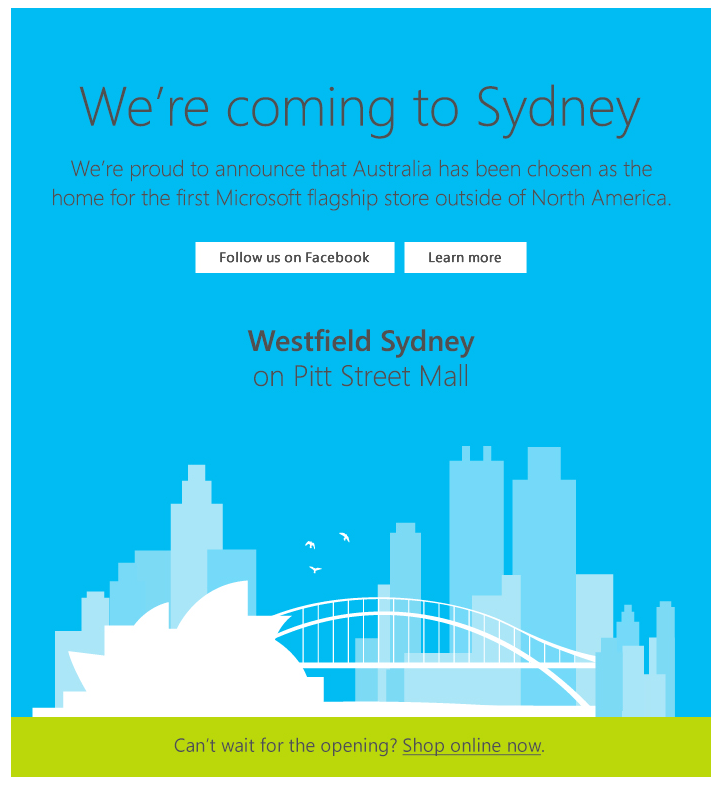 Rumors were circling that it would be built in the UK, but Microsoft has decided to take the retail experience Down Under. The company hasn't said when the store is opening, teasing that they "can't reveal too much now" but if you want to keep up with the new Microsoft Store that's headed to Sydney, you can follow Microsoft on Facebook.