Rumors of the Radeon R9 390X are beginning to fly again as the new week begins, with reports suggesting that AMD will be slapping not just 4GB of HBM RAM onto its Fiji XT-powered VGA card, but 8GB of the deliciously-fast RAM. We've heard that there will be two versions of the Radeon R9 390X, with a watercooled variant to be unveiled, too. 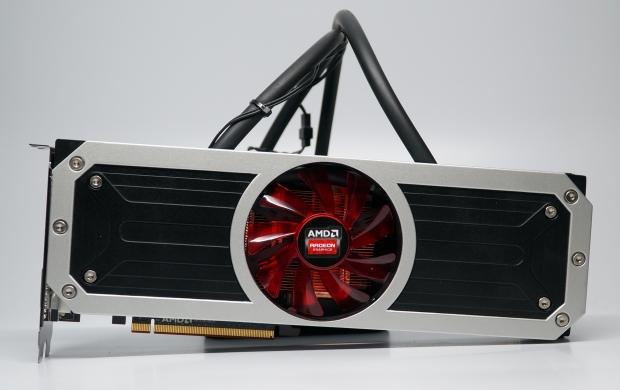 The new reports suggest that AMD's new GPU will be using a dual link interposer, which will make 8GB of HBM possible on the Radeon R9 390X by stacking two 4-HI HBM components together, for a total of 8GB. AMD will be using SK Hynix's "Dual Link Interposer" to push 8GB of RAM onto the R9 390X, most likely in a move that has forced their hand thanks to the 12GB of framebuffer on the GM200-powered GeForce GTX Titan X from NVIDIA.

But, AMD will be using the next-gen HBM RAM to have a serious jump on its competitor, something that was previously unattainable with HBM1, and required HBM2. This is where the "Dual Link Interposer" comes into play, as it allows AMD to use 4GB of HBM, but just double-stack it for 8GB total.

We should hopefully hear more about the Radeon R9 390X before, or during Computex 2015 in June.