According to some leaked details, we should expect Call of Duty: Black Ops III to be released on November 6, 2015. This year's version of Call of Duty is being developed by Treyarch, after Sledgehammer Games took the reigns last year with Call of Duty: Advanced Warfare. 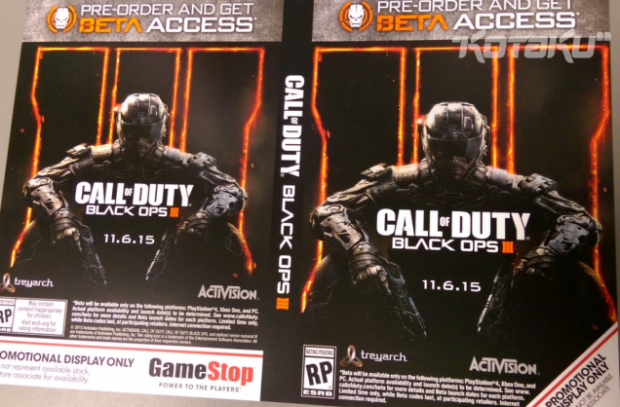 Right now, we're seeing that it will deploy onto the Xbox One, PS4 and PC - with no sign of the last-gen consoles getting some COD action just yet. The fine print on the photo above says "actual platform availability and launch date(s) to be determined".

Kotaku's "tipster" has said that we should see GameStop stores with these pre-order cards sometime today.