The Force Awakens is due December 18, with tens of millions of Star Wars fan sure to check out what JJ Abrams has in store for them. What better time to release Star Wars: Battlefront, right? The game is said to feature missions that will be based on The Force Awakens, with a release date of December 10 - one week before The Force Awakens flies into theaters.

Gamestop has been teasing a December 10 release date, with some Star Wars: Battlefront gameplay footage to be revealed at The Star Wars Celebration on April 17, 2015. 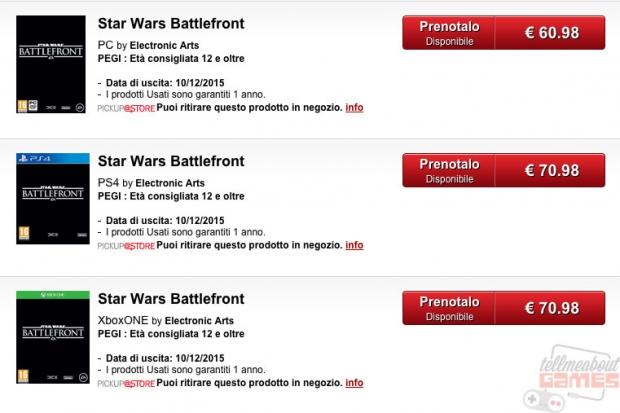